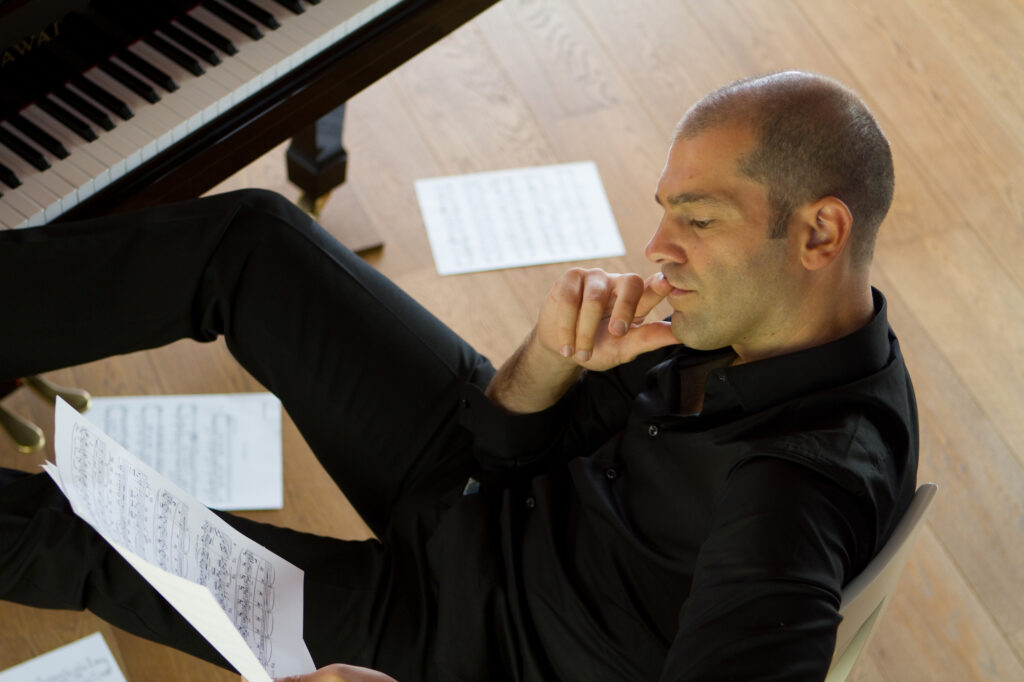 Giorgio is an italian Pianist, Composer, Choral and Orchestral Conductor and Educator.

Giorgio has many concerts in Italy, France, Slovenia, Croatia, Austria, Germany, Argentina, Taiwan, and Japan, in prestigious Concert Halls and festivals. He is an eclectic musician and he collaborates with chamber ensemble, choirs and orchestras of different music styles. He is often invited as a jury member in national competitions and festivals.

He is Pianist of “Dedalo Trio”, “Orchestra Italiana Napoletana” and many others chamber ensemble. Giorgio is Pianist of many Opera Singers and Vocal Chamber Singers.

He has always supported educational activities. He is the founder and current conductor of youth choirs and orchestras. Since 2006, he is Conductor of Corocastel, a male and known choir. With “Corocastel” Giorgio won numerous competitions and awards.

Giorgio has composed choral music, chamber musics, sacred oratorios, and symphonic music.  He also composes Musicals, Music for theatre, Pop Songs. His compositions and arrangements are regularly performed in Italy, in many others country of the world and performed in choral competitions by prestigious choirs and conductors.

G. Susana is the regional artistic commissioner of A.S.A.C. Veneto and the City of Vittorio Veneto National Choir Competition, Teacher of Repertory Analysis and Choir Composition in the Biennial Academy for Choir Conductors Piergiorgio Righele and Accademy for Choral Conductors (A.E.R.C.O.).