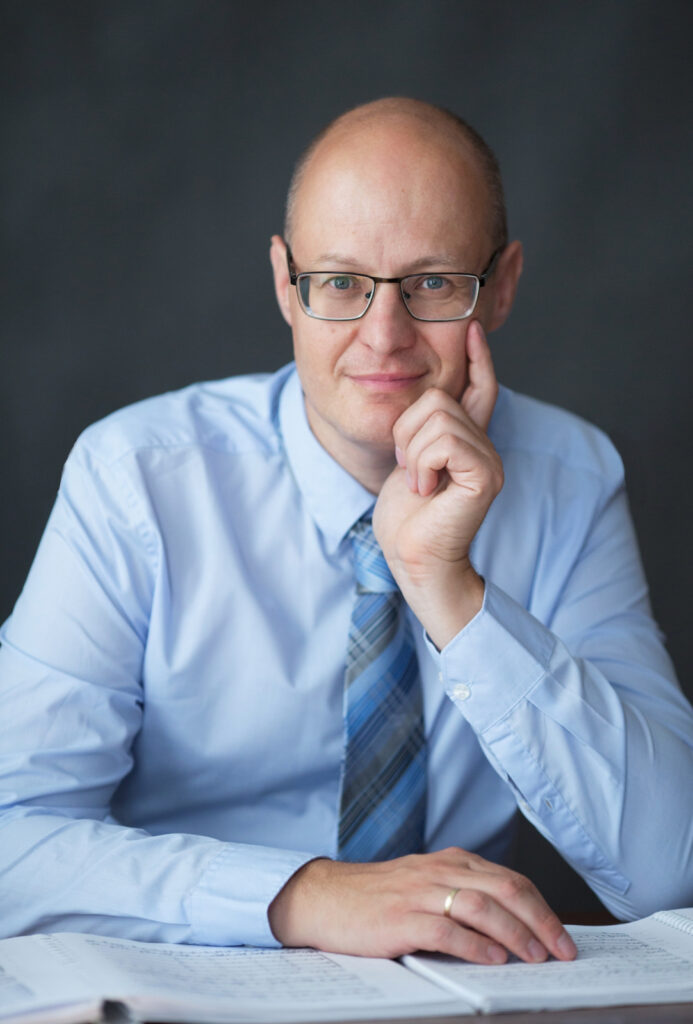 He studied at Liszt Ferenc Academy of Music. His professor was György Orbán. He graduated on 5 May, 1999 with distinction. In the concert was also pergormed the first act of his opera, titled The Stork Calif. This two-act opera was performed on May 28, 2005 on the stage of the Opera House Budapest.

In recent years he composed a large number of choral works for renowned Hungarian and international choirs, like the Pro Musica Girls’ Choir (Hungary), Stellenbosch University Choir (South Africa) and Iowa State University Choir (USA).  His choral works are very popular in Japan and USA, but also in South Africa and  Philippines too. Many times he worked as jury member at Interkultur events in Graz (2011), Cincinnati (2012) and Riga (2014). In addition to the choral works he composed 4  symphonies (the 3. was commissioned and performed by Budapest Festival  Orchestra), Piano concerto, St. Luke Passion and Christmas Oratorio. His most  important work, the opera-musical The Master and Margarita, was performed in  Hungarian State Opera House 2021.

In 2005, he was honored with the Erkel Ferenc-Prize through the Hungarian State – and in 2009 with the Bartók-Pásztory Prize, given by the Music Academy Budapest.