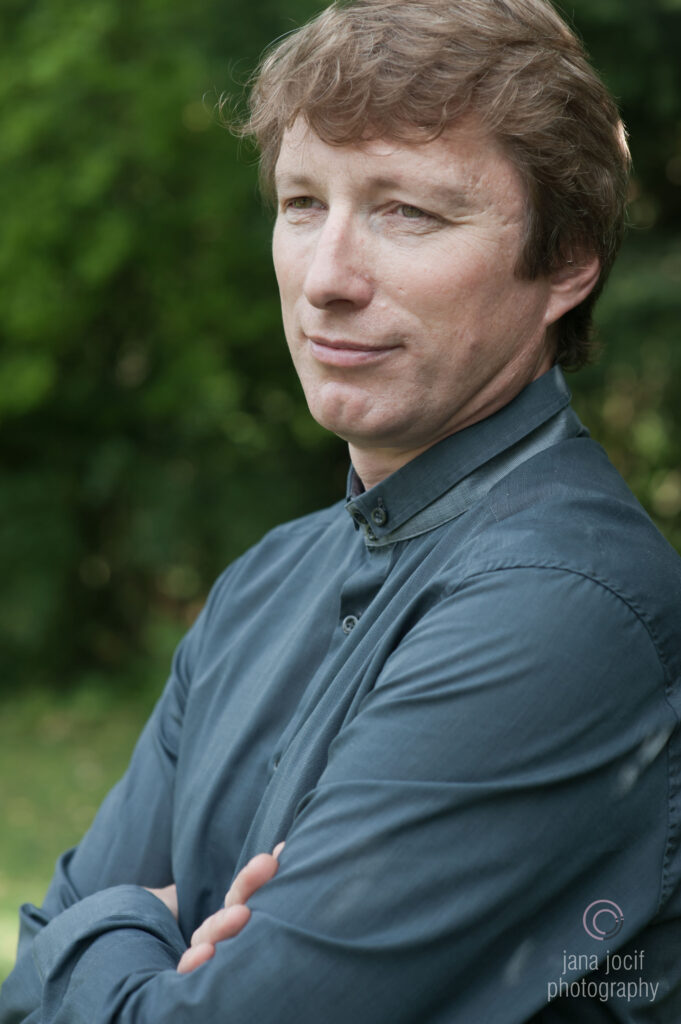 Damijan Močnik graduated from Ljubljana Academy of Music in composition under Dane Škerl and frequently furthered his skills abroad, especially in conducting (also with Eric Ericson). Since 1993, he works as music professor, conductor and artistic leader of music activities in St. Stanislav’s Institution in Ljubljana. He founded and realized with his colleagues a choral pyramid which remains an important factor of Slovenian choral life. He has been conducting since 1986 and received numerous awards on international competitions with his choirs. He is the founder and artistic leader of Slovenian Children’s choir. He participates in expert and artistic councils of choral events, regularly lectures at courses and expert symposiums and is a juror of choral competitions at home and abroad. For his artistic and educational activity, he was awarded the student Prešeren prize by Ljubljana Academy of Music, Gallus plaque (awarded by the Public Fund for Cultural Activities of the Republic of Slovenia as the highest acknowledgement in amateur culture) and the award of the Republic of Slovenia in the field of education for extraordinary achievements. Focus of Močnik’s compositional conception is devoted to choral music, a cappella and vocal-instrumental. He is a winner of numerous Slovenian and international composing competitions. In the summer of 2016 and 2018, he led an atelier of his and Slovenian music at the international choral festival Choralies in Vaison-la-Romaine, France.